A few weeks ago, writing about the world’s most perfect dog (my column, my rules) I joked that we perhaps could have asked more of our Lola; that we could have trained our 8½-pound pup to sniff out firecracker- size bombs or assist in the search and rescue of hamsters trapped under collapsed buildings. A reader took offense, seemingly light-hearted (or so I hope), at the inference that little animals might not be expected to do big jobs, sending me a recent New York Times’ article entitled “A Furry Lifesaver Working For Peanuts Gets His Due.” Quoting from the opening paragraph: “The medal lauded the ‘lifesaving bravery and devotion to duty’ for work detecting land mines in Cambodia. It’s recipient: a rat named Magawa.”

This is entirely serious, and also entirely wonderful. Magawa is responsible for discovering dozens of land mines and unexploded ordnance thereby directly improving the lives – indeed, almost certainly saving the lives – of countless people and other animals. Since 1979, more than 64,000 people have been killed or seriously injured by land mines and other explosives left over from the Khmer Rouge and the U.S. War in Southeast Asia. Magawa, a 5-year-old, 2-foot long African Giant Rat, is specially trained to detect the chemical compound used in these horrific devices, able to search a tennis-court sized area in 30 minutes compared to the four days it would take a human, his weight too small to trigger an explosive. Once he smells his target, he scratches the ground to signal his human partner to come and disarm. His handlers describe him as hard-working, affectionate, and especially fond of bananas and peanuts (which he has surely earned!).

Without in any way meaning to detract from his accomplishments, calling Magawa “brave” does not seem right. Bravery would imply that he understood the risk of his work and was going forward with it despite the danger for some greater good. Perhaps, but I suspect it’s more likely that Magawa has found a way to survive and thrive in a world where most of his relatives are reviled as vermin by demonstrating his worth to the planet’s dominant species. Either way, not since Ratatouille has a rodent done this much to give his species a good name. Bravo, Magawa! 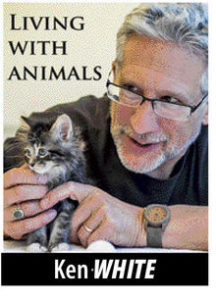