Paddington – Looking for a home 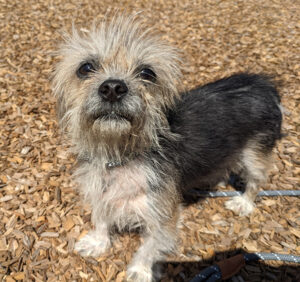 Paddington was a scared dog, covered in dirt, with very long nails, and some hair loss when he was found by a Good Samaritan then brought to our shelter. Paddington was even more fearful at first than the average dog, growling from his bed in the back of the kennel and not approaching anyone. In the beginning, he wasn’t even persuaded with delicious treats.

What do you do with a dog like Paddington? Give him patience, love, and care to win his trust.

Veterinary staff were the first to make a breakthrough. Paddington was in desperate need of a bath and grooming, so vet staff carried him in a towel to make him feel secure and gave him the care he needed. After his bath when Paddington was back in his kennel, he later recognized the vet who had bathed him and cautiously approached her at the front of the kennel to sniff. This was the first time Paddington willingly approached someone, and from that moment on, we knew there was hope for him.

Paddington’s second big breakthrough came a few days later as he was starting to warm up to people. He was still wary and slow to approach anyone. A behavior staff member and an experienced volunteer worked together to see if Paddington would be willing to come out of his kennel with them to walk on a leash. Paddington accepted the treats tossed to him by the behavior staff member and proceeded to surprise everyone with his trust and olive branch of friendship to our volunteer. 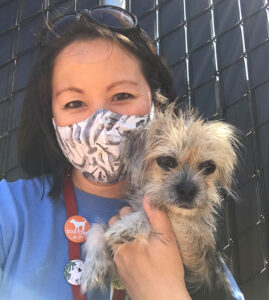 Paddington with his first volunteer friend

“Paddington was so scared at first, but one day he was standing at the fence of his kennel. I was able to go in, and I tried to be as small and quiet as possible, not even looking at him. When I slowly lowered my hand down for him to sniff, he came near and set his little paw in my hand. I knew then we had made a breakthrough, and he was starting to trust!” ~PHS/SPCA dog volunteer.

As Paddington’s time at PHS/SPCA increased, he learned to trust our staff and volunteers, letting his true personality shine through his initial fearful behaviors. After almost two months in our care, he seemed like a completely different dog! He would eagerly come out of his kennel and greet people! Paddington learned the joys of playing with fluffy toys and would eagerly run towards the play yard. 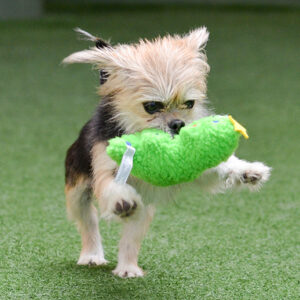 After 57 days in our care receiving medical care, love, and help overcoming his fears, Paddington was ready to become available for adoption. Just four short days later, Paddington found his new family and his search for a home was complete!

Paddington is one of hundreds of animals who come to our shelter fearful and scared. It takes time for an animal to learn to trust that we are here to love and care for them until they find their forever home. Paddington received the medical care and TLC time he needed to let his full personality shine thanks to donations made to our Hope Program.